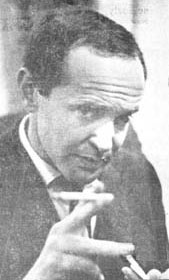 Born in Johannesburg on 13th May, 1932. Educated at Jeppe High School, Johannesburg. Studied drawing and painting with Roza van Gelderen, Douglas Portway and Herman Wald, did architectural studies at Witwatersrand University, Johannesburg, and the A.A. London. In 1963 he emigrated to Israel where he worked as an artist and architect. He taught life-drawing at the Bezalel Art Academy during 1979/82. In 1986 he resigned from architecture to devote all his time to his art.

and many more (PDF)

Works included in Harold Rubin's exhibition at Gallery 101, Johannesburg, during July 1962, were the subject of a Court Case - please click on the following links to find out more about this!

The Beast and the Burden - seven images

www.pelmama.org - do an internal search for "Rubin"!

To view the PDF files you need to download the latest Adobe Acrobat Reader!