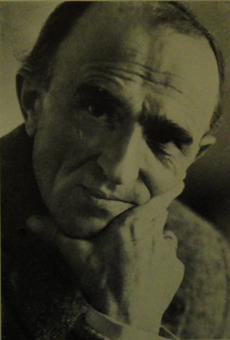 WILHELM Peter August HELMSTEDT was born 3rd September, 1904, in Wilhelmshaven, East Friesland, Lower Saxony. In 1924, he moved to Berlin Charlottenburg. After marrying Felizitas Edith Wazinsky in abt. 1926, they moved to Berlin Spandau in 1932; they had 3 sons - Achim, Wolfgang and Jurgen.

Wilhelm Helmstedt attended painting and drawing classes at the private art school Neuhaus, receiving his main input regarding artistic forms and basic composition from K. Behling and K. Sommerfeld, later from Schröder and Wildermann in respect of stage design / scenography, alternating between crafts and fine art painting. He met the Expressionist painters of the time.

In 1924, he was exposed to important movements in museums, the theatre and concerts. As from 1926, Wilhelm Helmstedt was active as a painter, atelier manager and stage designer at various theatres in and outside Berlin - one of his students in this field was Gerhard Schorsch (*1939).

He did the stage sets at the Stadttheater Lübeck during November, 1927; during January to May, 1930, Wilhelm Helmstedt was Head of Stage Design at the Landestheater Schneidemühl.

As from 1932, Wilhelm Helmstedt became a professional painter, he did many sketches for newspapers, portraits, illustrations and was active in theatre and film work, working for U.F.A. (Universum Film), Berlin, until 1939, when he was conscripted to the army. 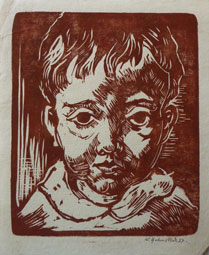 From 1941 to 1949 he served in Poland, France, Yugoslavia and under Gen. Paulus he fought in Stalingrad, where he was taken prisoner. After his release in 1950, he returned to Spandau to carry on as fine arts painter.

As from 1952, Wilhelm Helmstedt was a lecturer at the Volkshochschule Spandau. He collaborated in TV, film and theatre productions, sometimes at the Schlosspark-Theater, Steglitz, Berlin.

He is also mentioned as a sculptor in his earlier days.

His own work he showed in solo or group shows in Berlin: Galerie Schüler, Galerie Springer ("Gouachen 1954"), Haus am Waldsee, Kunstamt Spandau, also in Bremen, Darmstadt, Ludwigshafen and others, Johannesburg, Pretoria and Cape Town in South Africa.

In Berlin, Wilhelm Helmstedt gave private lessons to his students including Hannelore Buschkötter (*1923); during the early to mid-1950s, Helmstedt offered painting courses at the Volkshochschule Spandau VHS, Berlin - Marianne Drefs (*1941) and Wolfgang G. Farin (*1935) attended his courses (quod vide). There he also lectured on "Contemporary Art".

In May, 1951 or 1952, his watercolour "Abend über Tiefwerder" was included in an exhibition at the Spandauer Heimatmuseum.

In 1955, one year after his show at Galerie Springer, he moved to South Africa to join family who had preceded him by 3 years, retaining his apartment at B20, Franzstrassse 40, Spandau-Berlin, until 1975.

Wilhelm Helmstedt often travelled to Europe; he showed his works on several occasions in Johannesburg until May, 1962, leaving South Africa definitely on 4th June, 1962, for Spandau-Berlin.

During six months in 1961/1962 he travelled 6'000 miles throughout South Africa recording for the first time his impressions of the South African landscape, shown at Whippman's Gallery, Johannesburg in May, 1962.

Shortly before reaching his 70th birthday, he had a retrospective show of oil paintings and woodcuts at the Galerie des Vereins Berliner Künstler.

Print screen of selected watercolours and gouaches by Wilhelm Helmstedt - please click on image for details! 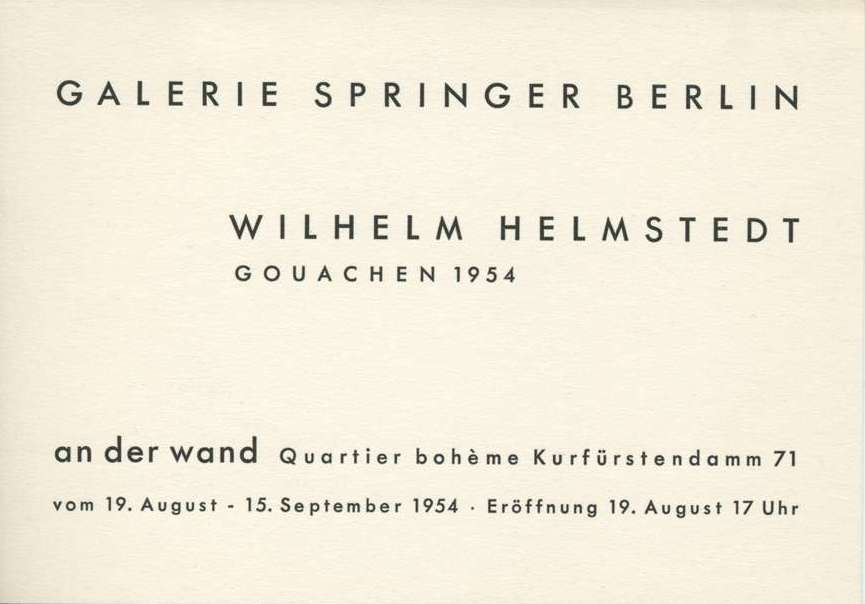 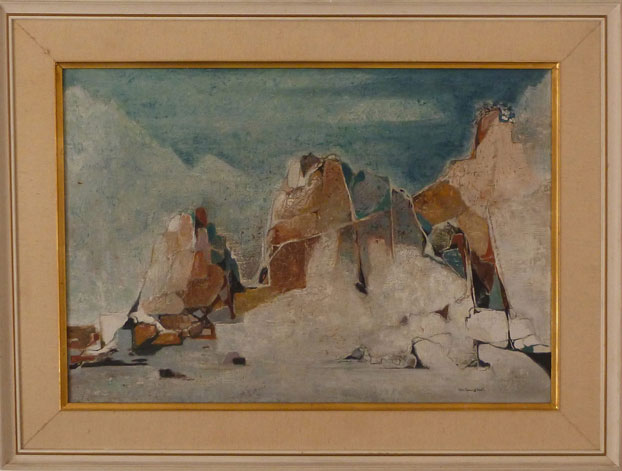 The Sentinel, oil/board - illustrated on invitation card from 1962 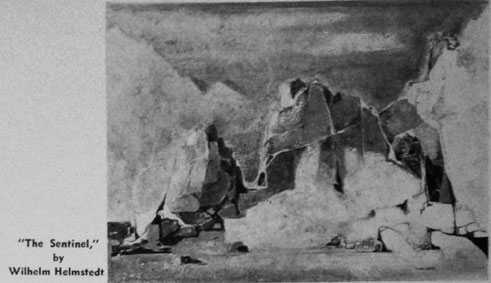 “The Sentinel” by Wilhelm Helmstedt was exhibited at Whippman’s Gallery, Johannesburg, 1962, when he also showed for the first time his South African paintings including “Karoo”, “Scottburgh”, “Lion’s Head”, “Near St. Johns” 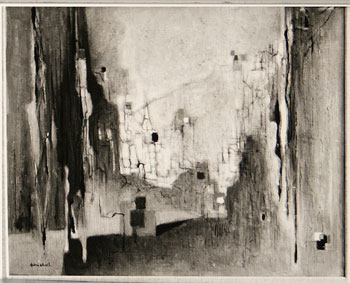 "Aus Portugal" - exhibited in Berlin on solo show from January to February, 1974 - please click on image for details) 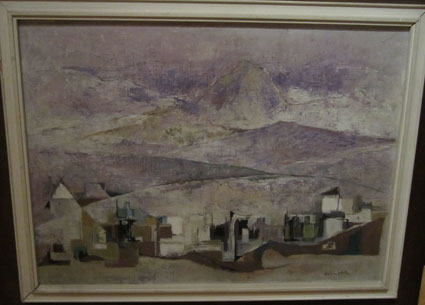 Many works are included in private collections in Germany and over 80 in South Africa.

Two works in a private collection in the U.K.: 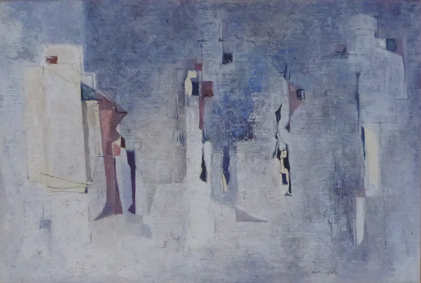 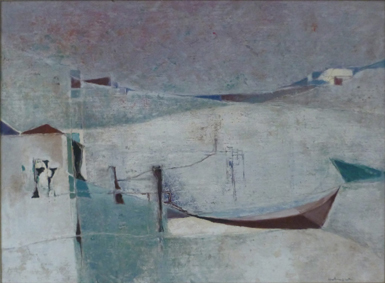 in South Africa and Scotland 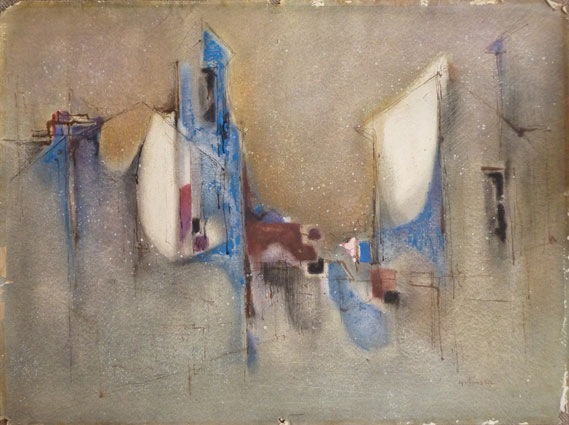 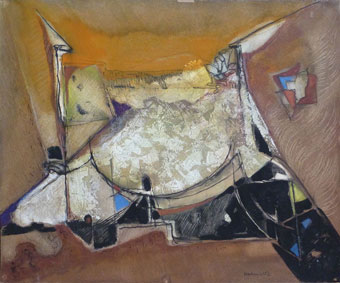 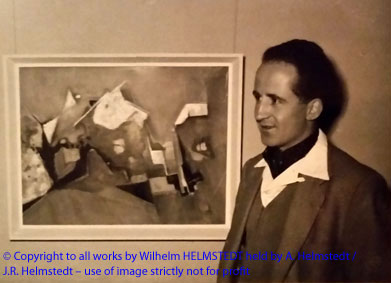 signature from oil on board on auction in Berlin in February, 2016

The signature at the back of his works varied over the years and differed from the signature on the art works!

See other references on these links: Buschkötter refs.: B. 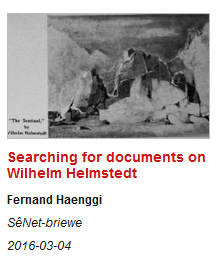 Copies of articles and reviews listed afore are available on request, at no charge.

Unfortunately hardly any information has been kept by various institutions both in Germany and South Africa relating to pre-1959. Thus, if you have more information on the artist or images of his works, please contact us at “info at pelmama.org”. Unfortunately, his signature is not easily recognisable unless one knows the artist's name!

Wilhelm Helmstedt who had shown at Galerie Springer in Berlin in 1954, one of the top galleries at the time presenting important international artists, left for South Africa in 1955 for personal reasons and thus missed out on becoming better known!

We thank the many people who have assisted us in assembling the above information, including the Helmstedt family.

If you own a work by Wilhelm HELMSTEDT, please send us confidentially a good image with usual details for identification and archival purposes - a gratis service!