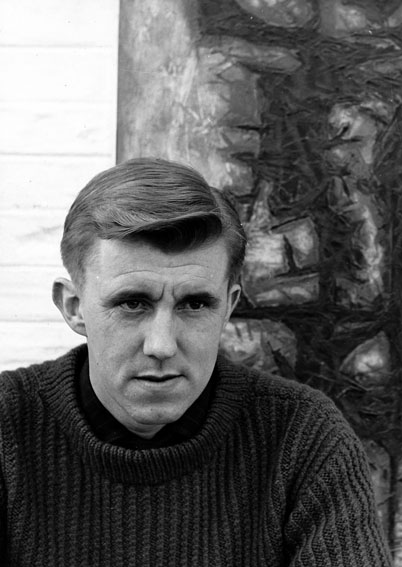 Born 4th September, 1928 in Amsterdam, did architectural drafting in an architect’s office, then studied briefly at the Kunstnijverheidsschool (Gerrit Rietveld Academie), Amsterdam. In 1948, at age 20, Fred Schimmel emigrated  with his parents to South Africa.

Died 23rd June, 2009 in Johannesburg, a few months after his wife Sybil passed away; survived by their daughter Gail Schimmel.

Memorial plaque on a bench overlooking the Sabie River 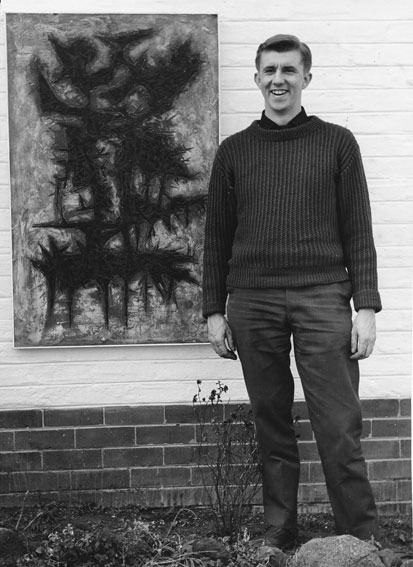 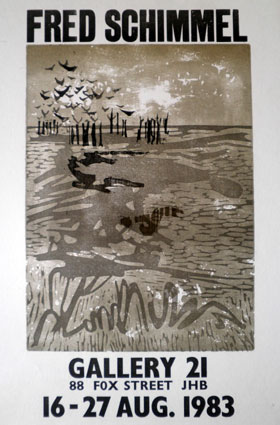 Caroline Haenggi from Gallery 21 with Stephen Ditshilwane discussing a work by Fred Schimmel on the 1984 exhibition at the gallery (Rand Daily Mail, Johannesburg 31st May, 1984) 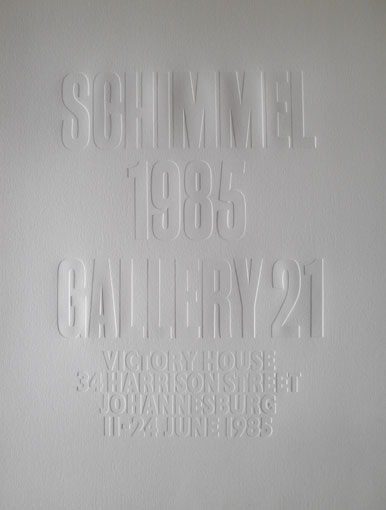 One of Fred Schimmel's paintings on hand-made paper dated 1987 on the Gallery 21 exhibition (click on image for better view!) 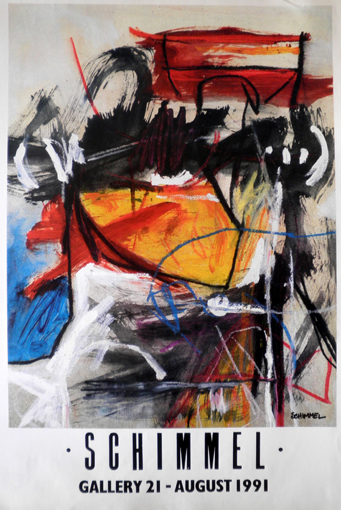 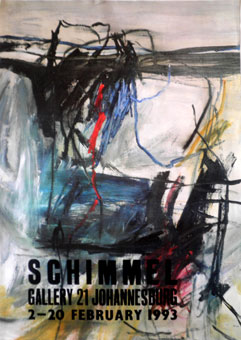 Selected Paintings and Other Images 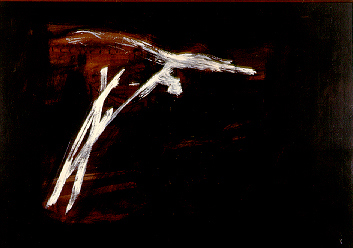 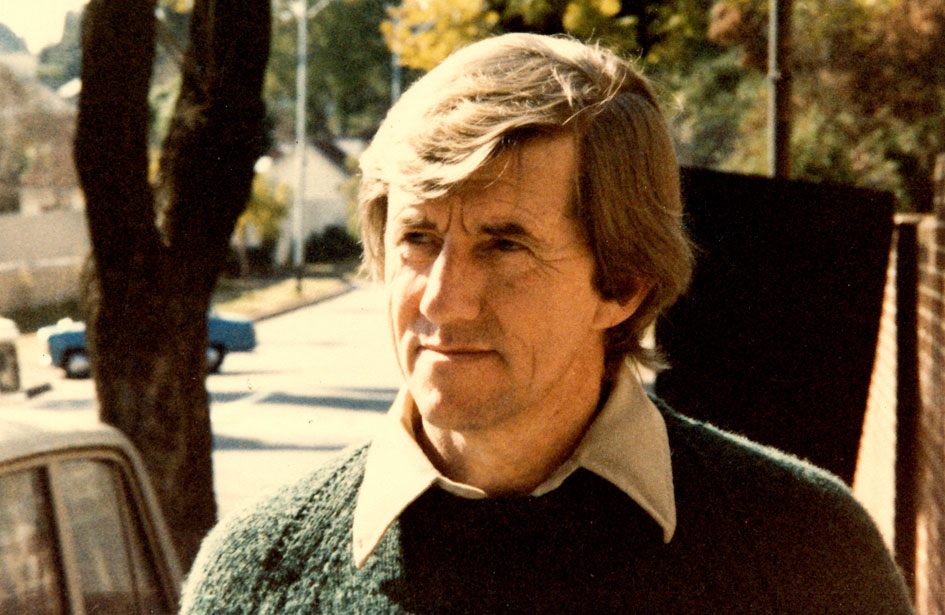 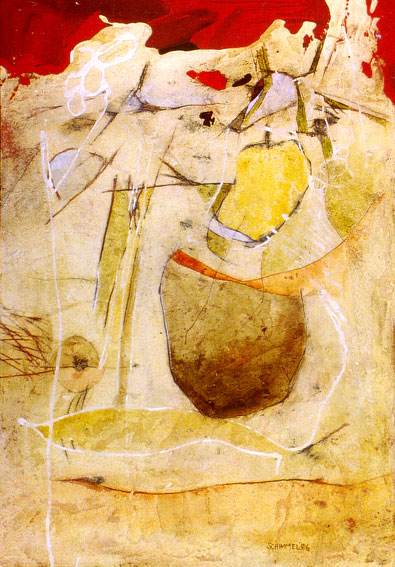 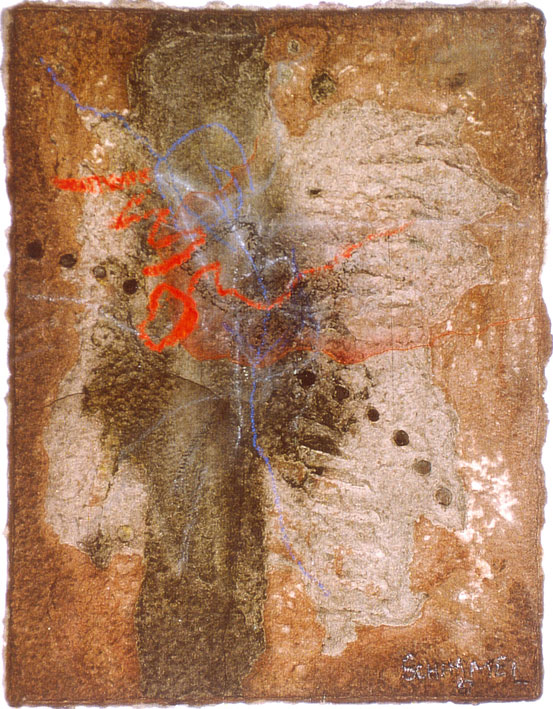 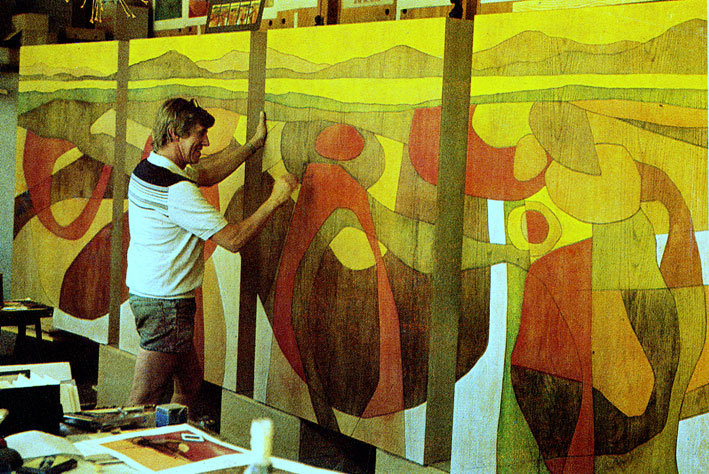 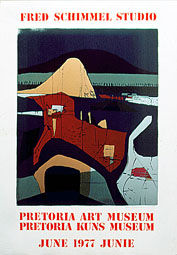 During 2005, Fred Schimmel donated personally 6 paintings to the Oliewenhuis Art Museum, Bloemfontein, previously exhibited in Basel and Holland, at the suggestion of The Haenggi Foundation Inc., Basel

In 2006 Fred Schimmel donated a portfolio of his own artworks to the Pretoria Art Museum (consisting of 144 silkscreens, 5 Woodcuts, 1 Linocut and 10 Mixed Media on paper) as well as a portfolio of early artworks (1950s to the 1980s) on paper (silkscreen, etching, lithography and woodcut) by various South African artists, especially by students and teachers of the Polly Street Art Centre. 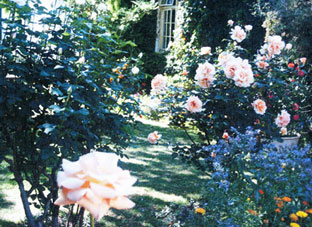 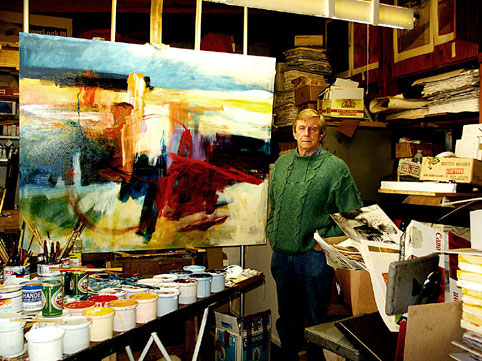