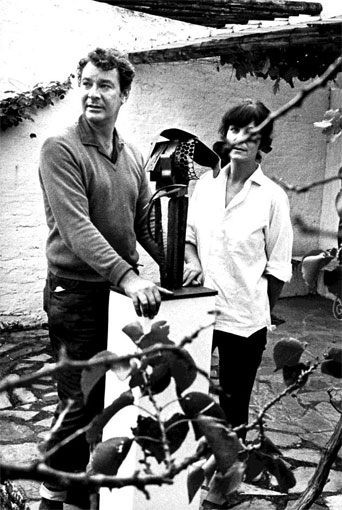 Richard Lacey, born in Johannesburg, qualified as an architect in London, was under contract to an American film company, using his music in television films; he did stage work in London, returning with his wife Patricia to South Africa in 1959 (his mother was well-known Renée Lacey from Johannesburg). Richard lived on his small holding Winskill Farm, Old Rustenburg Road, near Johannesburg (renting out studios to artists, including Louis le Sueur in 1967). Richard divorced, later moving to Cape Town (author and poet).

in 1976, included in Group Exhibition of 6 artists at SA Association of Arts, Cape Town (during June/July) 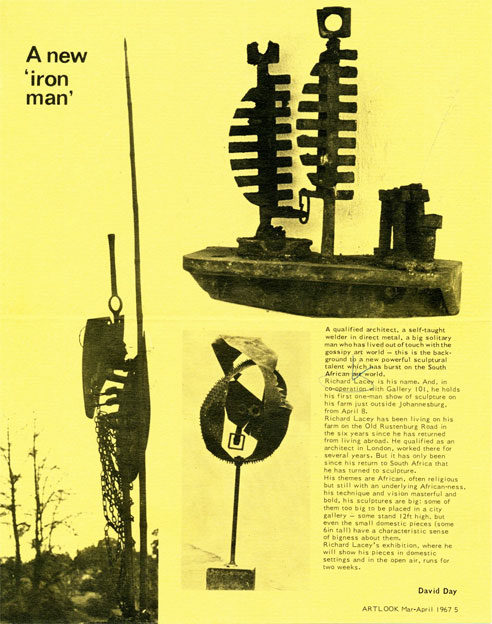 Richard Lacey at his studio, 1967 - all photographs by James Soullier

If you have further information on the artist, please contact "info at pelmama.org"