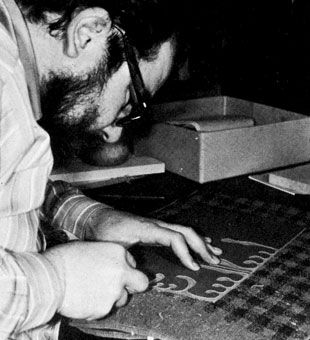 Matriculated at Middelburg Hoërskool, enrolled for study at the Universities of Pretoria in 1960 (BA Fine Arts (1964, incomplete) and attended University of Potchefstroom (1965-1967); translator for APB Publishers, Johannesburg (1965-1967); 1967 taught at a school in Serowe, Botswana, later became Head of Graphics Section of Department of Information, Gaborone.

Wrote poetry in English and Afrikaans; published anthology "Sing for our execution" in 1973

Taught art at the Open School, Johannesburg, during the 1980s

Disappeared without trace after August, 1993

This website is dedicated to Wopko Jensma's graphics and paintings - his achievements in literature are well documented elsewhere! 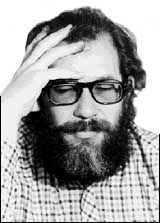 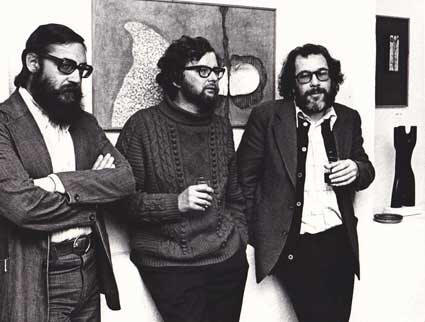 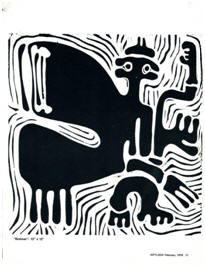 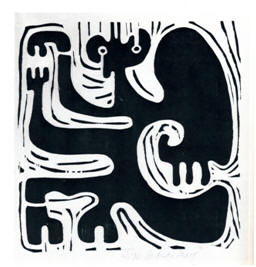 Background story to three works by Wopko Jensma found on a flea market in Des Moines, Iowa, USA as reported in February, 2003 (PDF) 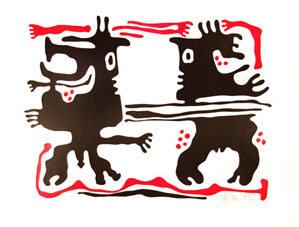 Click on image to see all graphics and more details! 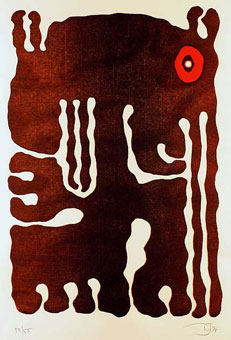 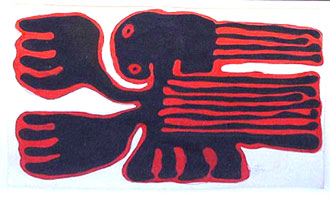 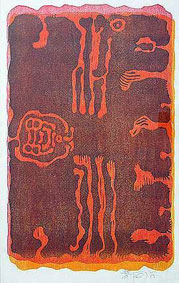 Personal Papers in our archives

Time to Talk: Literary Magazines in the Pretoria/Johannesburg Region 1956 to 1978 (Michael Gardiner)

"Tidbits from the web" (PDF)

"Wopko Jensma: A Monograph - The Interface between Poetry and Schizophrenia" by Ayub Sheik ©, University of Durban-Westville, July 2002 © (315 pp.) (PDF)

After leaving Chalkham Hill Press in 1995, and with almost no money at my disposal, I hired a small shop window in Rosebank where I opened my first gallery, Galerie Metroplex, in July 1996. The very first exhibition was dedicated to the writings and prints of Wopko Jensma. This exhibition and the opening of this gallery were inspired directly by his three books of poetry. In my opinion they rank as the finest examples of South African poetry, juxtaposed with sublime and striking images made by the artist. His writings and work continue to influence my thinking, and in March 2005 we published our 14th exhibition catalogue titled South African Literary Magazines 1956-1978, where Jensma's influence and contribution as artist and poet permeated 12 of the 15 magazines featured on the exhibition.