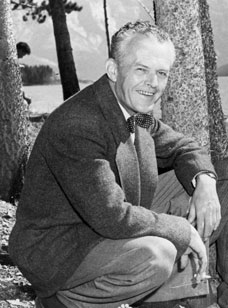 Born in Durban on 18th February, 1905, Eric Byrd was taken to England in 1906, raised in Cardiff, Wales, and studied from 1921 to 1923 art and architecture at the Cardiff School of Art, Wales; from 1924 to 1925 he studied painting at the Hornsey School of Art, London (under John Moody and Robert Lyon), obtaining the Art Teacher’s Diploma; in 1927 he was appointed art-master at Hornsey Country School. Besides part-time studies at the Slade School of Art London during 1934 (under Randolph Schwabe), he taught life-drawing at Hornsey School of Art and travelled in France, Italy and Western Germany.

He returned to South Africa in 1936, was appointed a lecturer at the Natal Technical Art School in that year; subsequently he lectured at the University of Natal, Pietermaritzburg (Fine Art Dept.) until 1937.

In 1938, he designed artworks for the Ceramic Studio, Olifantsfontein (tile panels for the Groblershoop Post Office, N. Cape).

During the 1940s, Carl Büchner, Hennie Potgieter, Eben Leibbrandt, Douglas Portway, Thelma Wise and others were students of Eric Byrd at the Witwatersrand College in Johannesburg.

Between 1943 and 1950, Eric Byrd now based in Durban, taught at the Tech; he did free-lance painting and was very active in Durban’s art life and he was also a Council member of the NSA, Durban.

In 1950, Eric Byrd followed his brother Dr Kenneth Byrd of McGill University, Montreal, emigrating to Canada. He then began to teach in Montreal, Quebec. In 1953 he was briefly attached to the Art Faculty, Banff School of Fine Arts.

In the 1963 Sir George Williams University Yearbook, Eric Byrd is listed as teaching Basic and Life drawing and also Art History. He left the SGW School of Art in 1965.

During his time in Montreal, he was also a radio commentator; in 1954, he gave talks on “painting in Africa” to the Women’s Art Society, Montreal, and gave practical demonstrations of the art of watercolour painting at the Montreal Museum of Fine Art.

See additional details on the occasion of the Eric Byrd Retrospective at Peachland Little Schoolhouse, BC, Canada, on 26th June, 2004, organised by his nephew, Christopher Byrd.

Eric Byrd died on 5th May, 1983, while staying with friends in Grahamstown, South Africa. 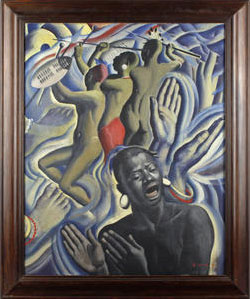 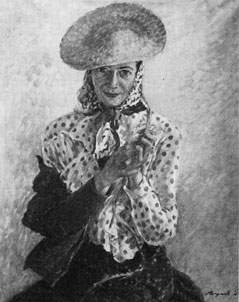 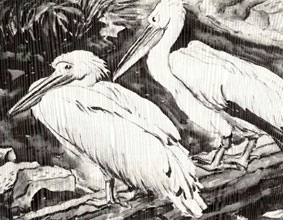 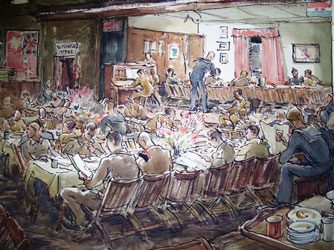 Please click on this link for additional images and details! 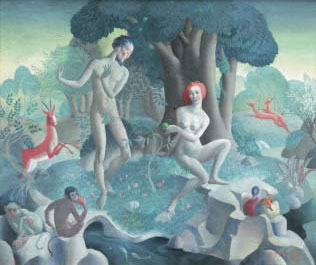 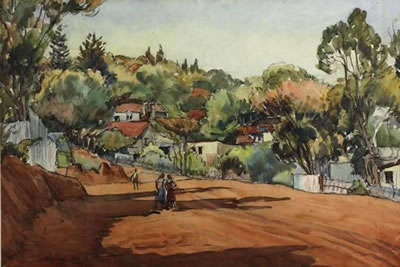 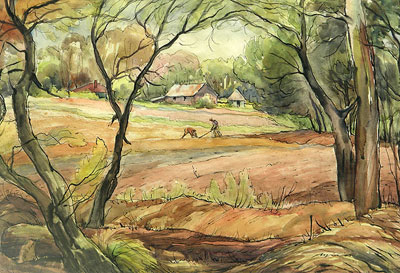 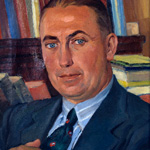 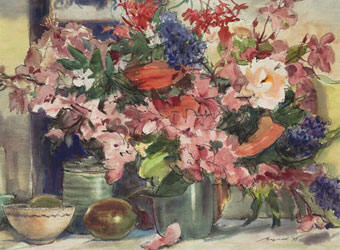 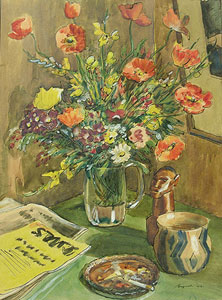 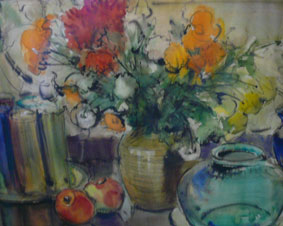 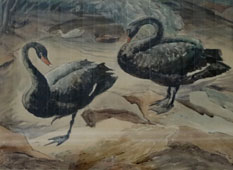 Works in a Private Collection, Canada 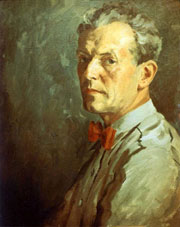 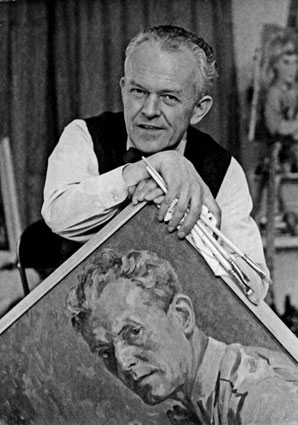 To view five other works from this Collection, please click here! 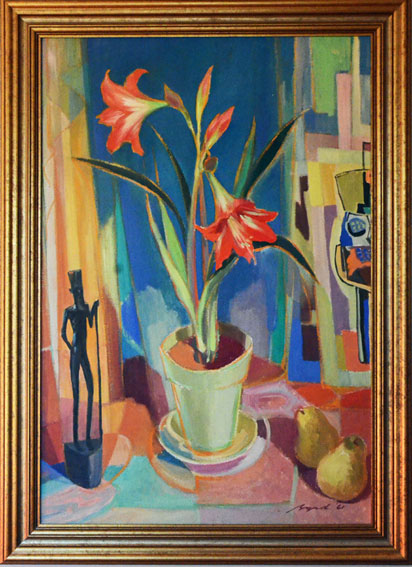 Other Selected Works in Private Collections

See a variation on this theme on this PDF link - image 2! 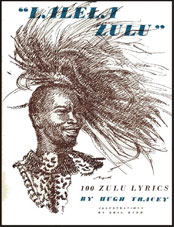 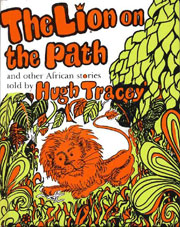 "The Lion on the Path and other African stories" told by Hugh Tracey, with illustrations by Eric Byrd and music transcribed by Andrew Tracey (Routledge & Kegan Paul UK/Praeger USA) (1967)

Selected letters sent by Eric Byrd to Hugh Tracey between September, 1965 and July, 1970, from Hugh Tracey's archives at ILAM, Rhodes University, Grahamstown. The last exchange of letters between them was on 18th July, 1975.

Reminiscence of Eric Byrd by Andrew and Heather Tracey - 2012

Our special thanks for archival material go to: