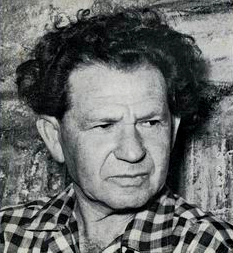 Pinchas Abramovitch was born in 1909 in Lithuania. He studied at the Academy of Fine Arts, Kovno, Lithuania, then emigrated to Israel in 1929 (Kibbutz Beit Zera), studied 1935-1936 at the Grande-Chaumière, Paris, taught at various schools in Tel-Aviv 1947-1952. In 1948 he was one of the founding members of "New Horizons", between 1952-1972 he was lecturing at the Seminar Hakibbutzim, Tel Aviv.

In 1954, he was one of the founders of the Artists' Village Ein-Hod: between 1981 and 1984, he was Chairman of the Association of Painters and Sculptors in Israel, and in 1985 its Hon. President.

Included in the São Paulo Biennale, 1953

Selected images from the 50s and 60s 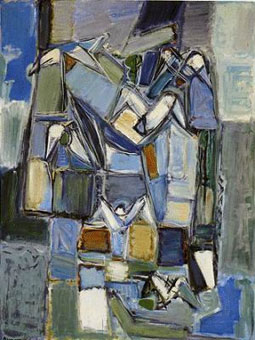 Please view more paintings by clicking on this link!

Some of these paintings were most likely on exhibition at Gallery 101 in 1966 - documented records of exhibited works are unfortunately no longer available!

You can browse the artist's file at the Information Centre for Israeli Art, Israel Museum, Jerusalem: